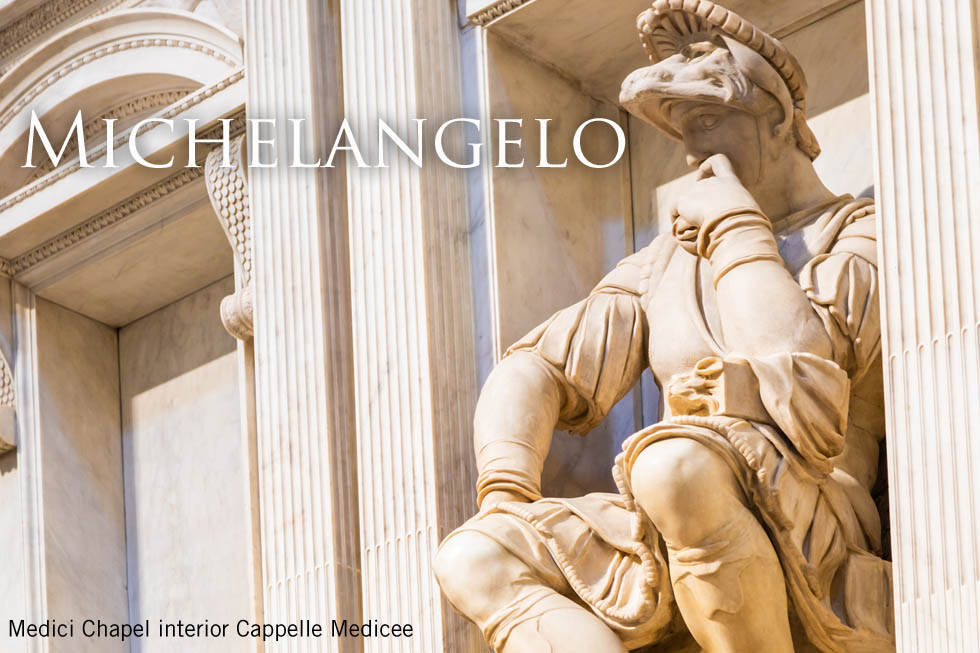 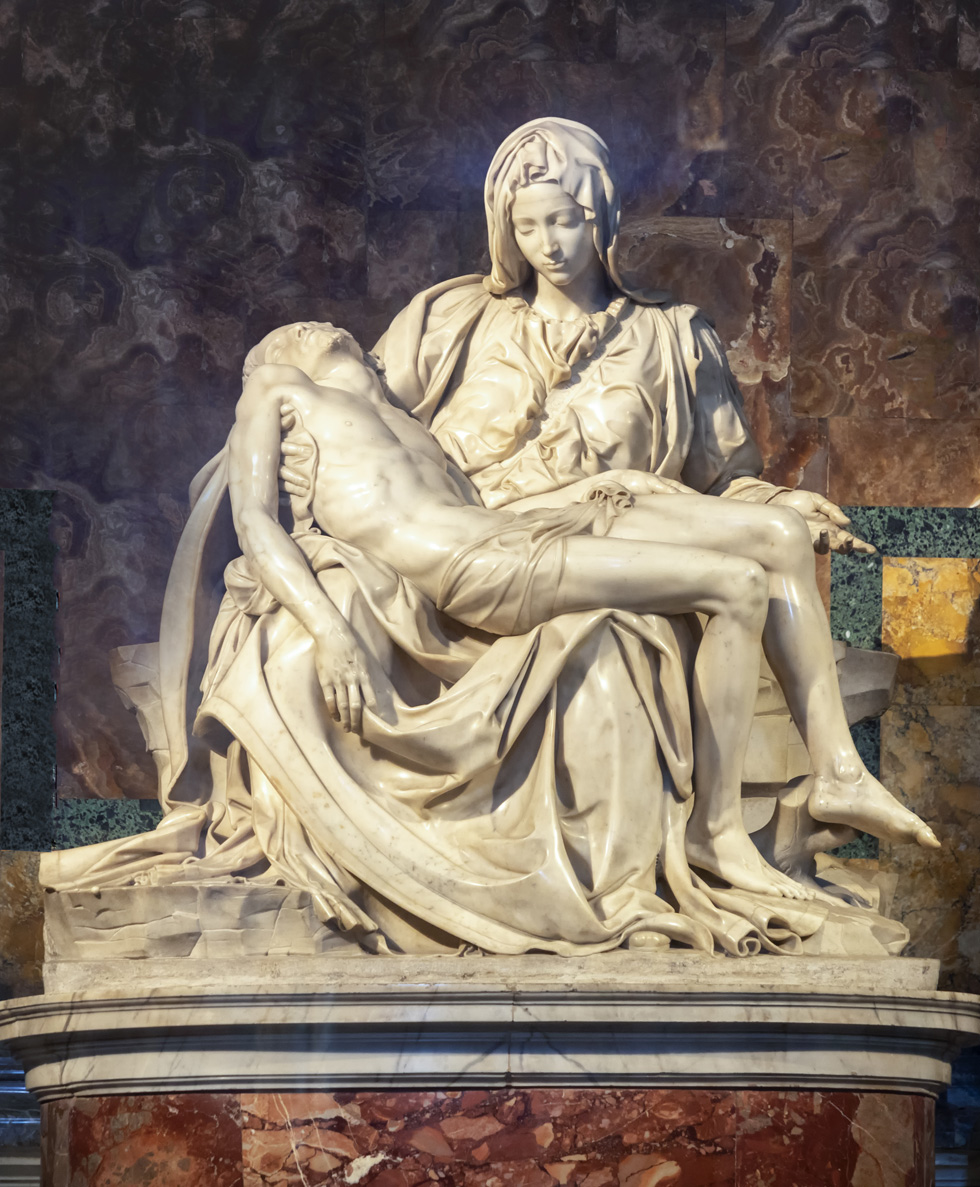 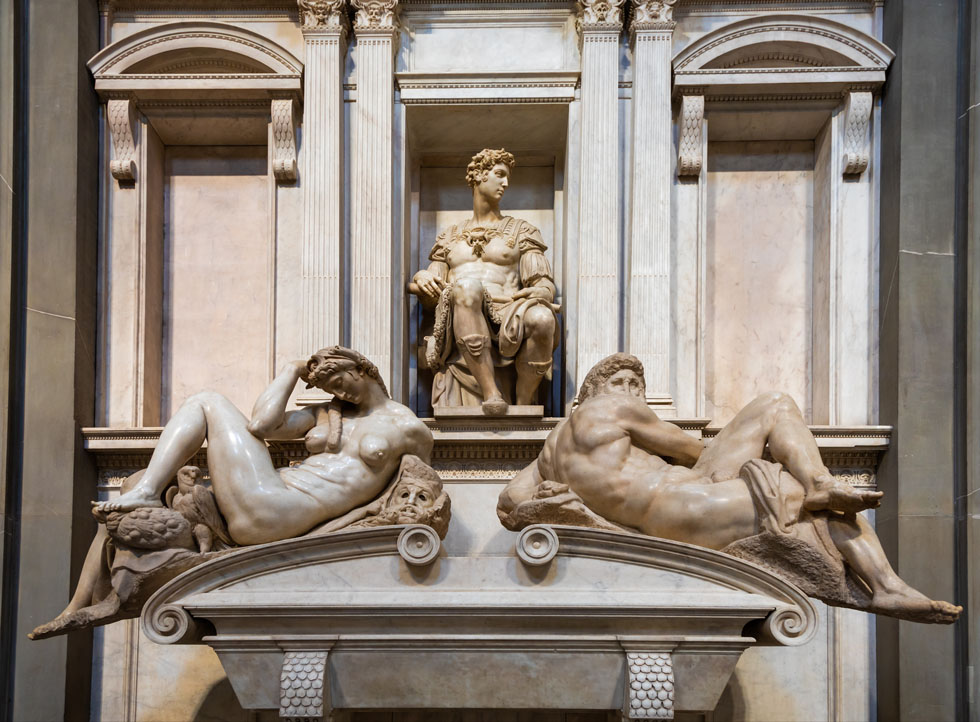 THE FLORENTINE PAINTER AND SCULPTOR OF HISTORY

Michelangelo made a career from painting and sculpting the human figure. While most, if not all, Renaissance artists depicted the human form, Michelangelo specialized in such a way that there are few surviving examples of landscape, still life, or any imagery by his hand that doesn’t emphasize the human body as its principal, if not only, concern.*

Michelangelo minimized any element that might distract from the figure to such an extent that, for example in The Last Judgement, some hundred figures swirl in a sky where clouds serve only the purpose of platforms for the figures to stand, vault up or fall down from, clad (barely) in inventively clinging clothes that exist only for the sake of 15th century propriety.

There are a few other items in the painting - - instruments of torture held by the martyred saints, for example, but this shows just how much Michelangelo reduced any accessory to prop. If these were discarded, and the scant geographic features removed, as significant as they are toward identification of individuals or specific events, the elimination would not change the meaning of the painting, because the “meaning” is wrapped up in the human figures.

Footnote:
* Consider two of the Renaissance’s chief artists: Leonardo invented in his art everything from instruments of war and science to obscure imaginative trivia. Raphael constructed elaborate and detailed architectural backdrops for his paintings.

Michelangelo's Racantation of the use of the nude in art

Michelangelo and Amannati's Renunciation of the Nude in Art 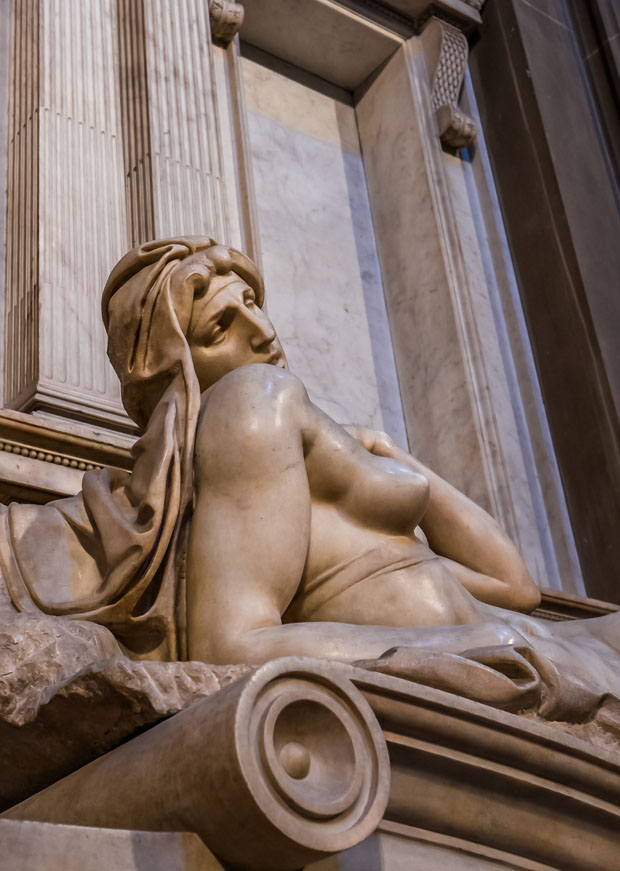